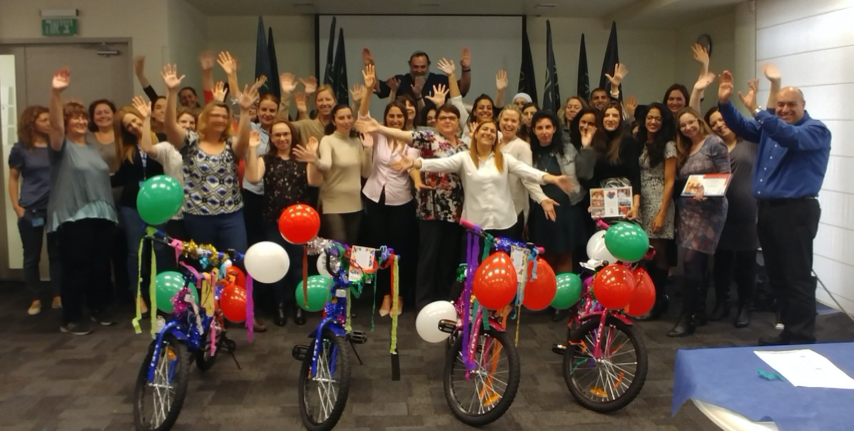 This population is characterized by high service consumption but not optimal treatment. Exploring this population, we found that their health needs cannot be addressed without due regard to their social and economic problems.

Maccabi health professionals work in integrative units that include a case manager who is the primary physician, a care integrator, who is the nurse, and a multidisciplinary team involving a social worker, dietitian and physiotherapist.

The service is based on a proactive approach using the Chronic Care Model (CCM) and continuity of care. This means we proactively identify patients and recruit them for interventions.  The CCM includes the basic elements for improving care in health systems at the community, and continuity of care includes relational, management and information continuity.

The patient is perceived as a whole, which means his or her condition is considered medically, socially, emotionally and economically. The primary physician improves the patient’s medical regimen, the nurse integrator equips the patient with tools to manage their own condition, and the multidisciplinary team offers support for any specific social, nutritional or functional needs.

Since December 2017, 3,500 patients have been treated in the service, with 2,500 currently being treated all over the country. The average number of contacts during intervention was 7.5 per patient, compared to 3.5 prior to the intervention. Half of the contacts are provided by nurses (51%) and the other half by multidisciplinary team members (22% physiotherapist, 12% dietician and 15% social worker). There is evidence for cost reduction, mostly through reduced admissions to hospital.

One man, TA, a Russian immigrant, was a ‘cardiac patient’ with recurring visits to the emergency room. The integrative unit reached out to TA recognizing that he had social and mental health issues. He lived with an anxiety disorder and had episodes of confusion, and he usually interpreted his psychological symptoms as cardiac symptoms. The integrative unit tailored a treatment plan for him, including a prescription of cardiac medicines and anti-depressants.

After few weeks TA’s condition was stabilized and the nurse helped to activate and empower him by encouraging him to comply with his treatment and educating him about his cardiac disease and how to self-manage his condition.

A great deal of the intervention was dedicated to motivating the patient to action and enhancing his self- confidence. In time he acquired self-management skills and began to differentiate between clinical and emotional states and, as a result, he stopped visiting the emergency room.

Once he got stronger, he was able to return to work as a cook and was eventually able to set up and run a successful restaurant business.